Hello people! I can’t believe that we are in March, February flew by but… here we are! Anyway, finally I am back with a review for a sweet and light-hearted book, so let’s start!

Thanks to NetGalley and to the Editor. I received a copy of this book in exchange for an honest review.

Savannah Cade is a low-level editor at Pennington Publishing, a prestigious publisher producing only the highest of highbrow titles. And while editing the latest edition of The Anthology of Medieval Didactic Poetry may be her day job, she has two secrets she’s hiding.
One: She’s writing a romance novel.
Two: She’s discovered the Book Nook—a secret room in the publishing house where she finds inspiration for her “lowbrow” hobby.
After leaving her manuscript behind one afternoon, she returns to the nook only to discover someone has written notes in the margins. Savannah’s first response to the criticism is defensive, but events transpire that force her to admit that she needs the help of this shadowy editor after all. As the notes take a turn for the romantic, and as Savannah’s madcap life gets more complicated than ever, she uses the process of elimination to identify her mysterious editor—only to discover that what she truly wants and what she should want just might not be the same. Melissa Ferguson’s latest—a love letter to books, readers, and romance—will leave fans laughing out loud and swooning in the same breath.

This book is sweet and funny, and I had mostly a really good time with it. I enjoyed myself and I am really happy to recommend it if you want a romance with the publishing setting (and let’s be honest, we are bookworms, being an editor, even vicariously is pretty great in itself, right? Or maybe it is just me? Anyhow…) and an original romance in it. And I would talk more about the things that I enjoyed later on, but first thing first, I need to vent a bit, because there were two points that really irked me. And, the main one (point 2) it is not really the book’s fault, it is just that it is a thing that irks me and that rubs me in the wrong way, but in general, it has more to do with real-life than the book itself, but since we have in this one the perfect portrait for it, I would vent a bit here too. But please keep reading, or skim-reading, also the second part, because the book is good, and it deserves some love!

And now, let’s start with the sore points!

But my ranting aside, I had a great time with it! In part because it was nice to read about an Editor’s life. And the room in which there is the secret access to the nook is the ARC room. A room full of ARCs. Amazing! Simply amazing! And yes, the publishing world is interesting and I enjoyed this set a lot.
I know that lately, romances with authors in it, or that rotate around the publishing world, are becoming THE thing, but I enjoy them, from time to time, so no complaints here!

And then we have Savannah, our MC, who is a nice girl, with a big heart. Sure, she is not so used to speaking up for herself, in general, not only with her family, and usually, I am not a big fan of this kind of character, but she is kind, and I loved her relationship with Lyla, her friend, and coworker. Also, Lyla is great and thanks to her we get some really funny scenes.
And Will is really nice. I liked him from the start. He is a frosty with a nice heart if you just have the time to de-freeze him. Joking here, at least a bit. But I really liked him from the start, and even if it was not easily assumed, he is the funny one! And there is a scene that made me love him a bit too, and if you have read both my ranting and the book you would know what I am talking about here. He was just amazing!
And these two together are quite the pair! And I am not only talking about the romance, but they are also pretty good in general and together they bring out the best in each other. It is really a nice thing!

And, last but not least, I devoured it. Sure, it is a fast-paced book and it is light-hearted and smooth, but it made you so invested in their story that you just turn page after page. I am really happy to have read this one, and I have to recommend it if you want something to take a break from more demanding reading. It is really a cute romance, and it talks about books too!

And that’s all for today! Have you read this one? Or are you interested in it?? Let me know!

9 thoughts on “ARC Review: Meet Me in The Margin or an Editing Romance” 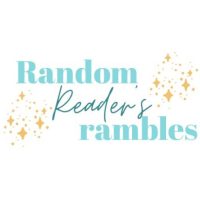 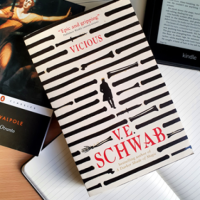 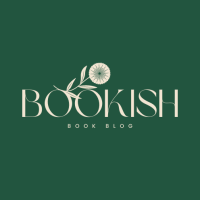 What does the title of this blog have to do with its content? . . . Nothing!!! That's what makes it so terrifying!

My ramblings on Fantasy, Writing, and Anything Else I Like

Ramblings of an over-caffeinated nerd

a book blog, I guess?

A world of books, poems and musings!

Where the power of my thoughts comes from the craft of writing.