Hello world! How are you? I hope your week has started in the best way possible, and I hope that you all are safe. I am having some struggles to remember which day is it. My off work days are always quite… erratic, they aren’t always Saturday or Sunday, but usually, you can keep track of the day of the week observing the rest of the world and the number of people I met while working… but you can’t do it at the moment, and so I keep thinking that is always Saturday, for the most part, and I am quite confused when I discovered that today is, let’s say, Monday, but anyway, today it seems to be Monday and I am back with a new review, yay!

The Age of Kings is dead . . . and I have killed it.
It’s a bloody business overthrowing a king…
Field Marshal Tamas’ coup against his king sent corrupt aristocrats to the guillotine and brought bread to the starving. But it also provoked war with the Nine Nations, internal attacks by royalist fanatics, and the greedy to scramble for money and power by Tamas’s supposed allies: the Church, workers unions, and mercenary forces.
Stretched to his limit, Tamas is relying heavily on his few remaining powder mages, including the embittered Taniel, a brilliant marksman who also happens to be his estranged son, and Adamat, a retired police inspector whose loyalty is being tested by blackmail.
But when gods are involved…
Now, as attacks batter them from within and without, the credulous are whispering about omens of death and destruction. Just old peasant legends about the gods waking to walk the earth. No modern educated man believes that sort of thing. But they should…
In a rich, distinctive world that mixes magic with technology, who could stand against mages that control gunpowder and bullets?

I had this book on my shelves for quite some time and I was eager to start it (even if I have waited a lot before starting it, but hey, it is always the same problem: so many wonderful books, so little time to read them!).
I had quite a lot of expectations, to be honest, and I feared for a time to see them disappointed.

We didn’t start with the right foot, I think. The point is that this was, from the beginning, a good book. I cannot say otherwise.
The worldbuilding is interesting and the magic system is original and captivating. The mix between magic and guns and other firearms is bright! I loved it, and I loved it from the start. And we have quite a good story, too. With fights, investigations, betrayals, and politics all in the mix. And they were expertly dosed. The pace is fast but not too much, and the writing is good.
So why I was complaining, right? Well… All this was amazing but I wasn’t so drawn by the characters. On one hand, they were well made, because they weren’t flat or plain, at all. They all were complex and real, with a proper voice, proper flaws, and merits, and, again, they feel real! But, on the other hand, I couldn’t really relate to them. It was like something it was lacking, even if I can’t say what. And so I wondered for quite some time if I was enjoying it.
Obviously, I was enjoying it, because of the story and the setting, but was I enjoying it enjoying it? I wasn’t so sure.

Julene was my number one enemy. I really despised her from the start and every time she appeared I rolled my eyes, like “oh not her again!!”. But then we have Tamas, and I was quite thorned with him because he is competent and strong-willed. He has a goal and he is ready to go all-in for it. His soldiers love him, venerate him almost. And he is a man who inspires strong passions, loyalty or hatred for the most part. But he was cold with his son, and even if we see that he cares for Thaniel, the “boy” isn’t feeling it and I wasn’t so happy about it.
And then we have Thaniel and Ka-poel. He is a peculiar choice, as far as main characters went because he is an addict and he is in need of some paternal affection and approval. He is a valid soldier, one of the best, and he is a grown man but still, he needs his father’s approval more than anything else. And I was liking him, but… Yes, again there was something lacking.
Ka-poel is mysterious and fascinating, I liked her from the start but this was a slow thing, because she is mute, so we can’t knowing her thanks to the dialogues. We have to see her with the eyes of the people around her, and this is a thing that takes some time (but the author manages it wonderfully!).
And Adamat was interesting in his own way, and I was hoping to see more of him around, but, again I wasn’t totally on board with him. So, you see, we have a lot of characters and I didn’t particularly care for any of them (with the possible exception of Ka-poel), I didn’t dislike them but neither I was in love or taken by them.

And then, when I was halfway through the book and resigned to see my expectations crush down around me (yep, this is a tad dramatic but it was called for!) something changed. I know it is frustrating because I can’t really say what has changed. I simply don’t know. But I started to care for them. And all of a sudden I was truly enjoying myself, I was in the story and I didn’t want to go out!

And so Adamat became an itch almost impossible to scratch, because you see him and you know he is a capable man, with a very peculiar set of skills, and an important past, but you cannot see enough to understand him completely.
Tamas started to inspire loyalty to me, too, even if I have some reserves. But you just have to admire him, in some ways because man… he is strong-willed! I am not the biggest fan of his relationship with Thaniel but I can close an eye on that.
Thaniel became more interesting, and  I love his relationship with Ka-Poel (and she has become my favorite character for sure!). She remains mysterious and I need to know more about her, but I think that the author has done a magistral work with her!
And then we have a ton of secondary characters, that helps move the story around, that give more depths to the main ones, and that kept my interest alive and sparkling!
Mihail is an amazing character, it is just a mix between a sort of comic relief and a bomb ready to explode. It was amazing.
Olem is everywhere and anywhere. It is just amazing. And I loved him, too. He adds something to the story, and you know that it won’t be the same without him.
Bo and Gavril are interesting characters that I hope to get to know more. To be honest, the most fascinating and interesting of the two is Gavril, but I don’t know if we’ll get to see more of him in the future, while I think that Bo could reserve some surprises.

So yeah, we had a rough start and I wasn’t 100% convinced at the beginning, but in the end, I loved this book, and now I am looking forward to the sequels!

It was a very long review, so thank you for reading!
What do you think about it? Have you read it? Or have you on your TBR? Let me know!

23 thoughts on “Review: Promise of Blood, or a surprising change of mind!” 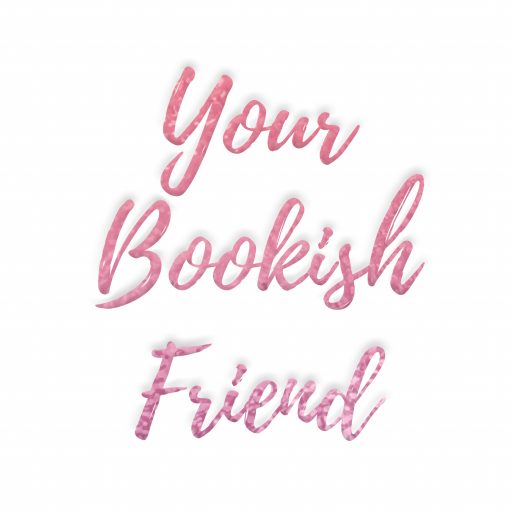 A Book by the Fire

A cosy blog where I give you my thoughts on my readings!

welcome to the virtual library

Rolling the cultures of anime and knitting into one blog

My Life And Everything Within It

A blog about books, film, and other things